The pandemic has made video conferencing and online classes the norm to the point that “zoom fatigue” has become a real psychological issue for many people of all ages. Despite the frequency of these virtual meetings, however, many of us are still unprepared for many things, especially those that involve things written or printed on paper or physical media. Whether it’s a sketch of an idea or a live demonstration of solving a math problem, most of our computing equipment and accessories today aren’t equipped to handle things that don’t exist in our computers or phones. You don’t need complicated and sophisticated technology to solve this problem, as this simple but effective webcam concept demonstrates. 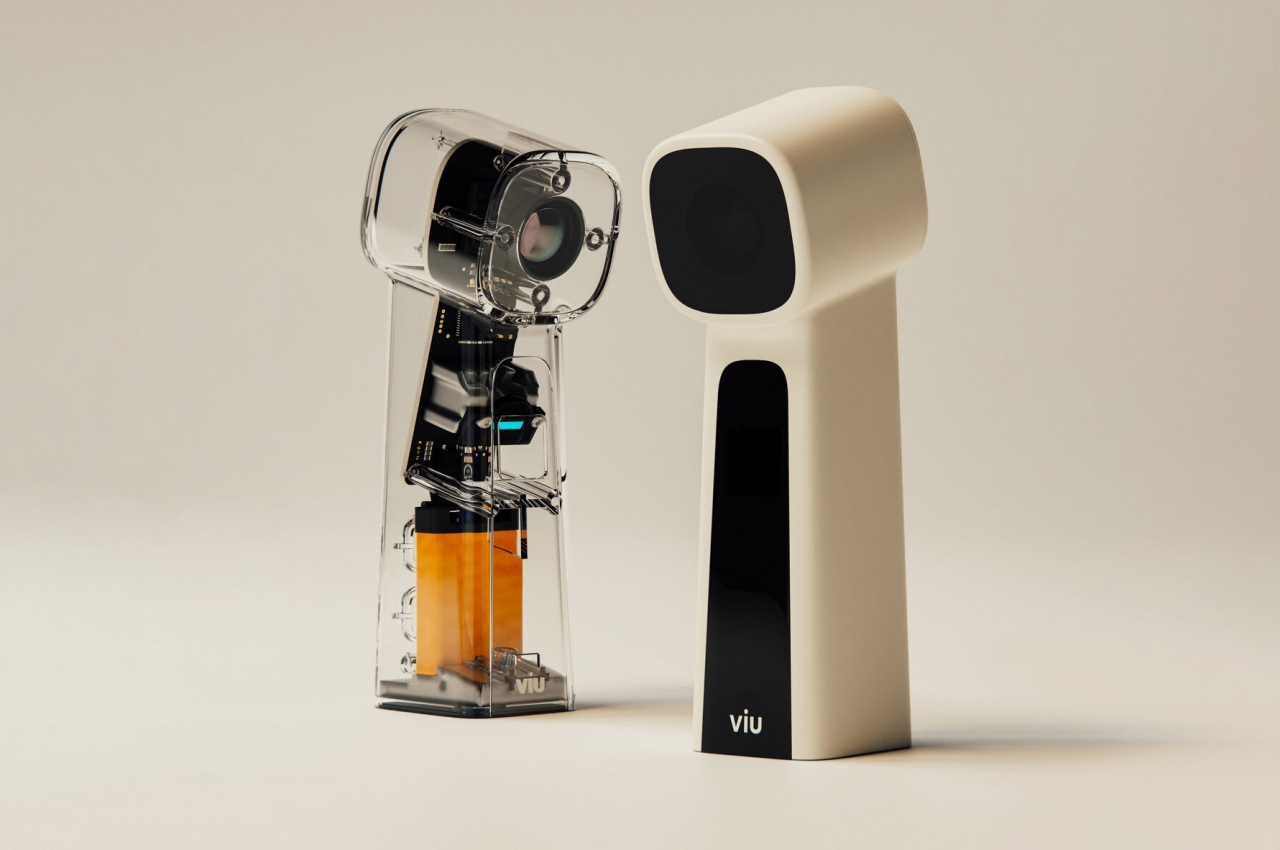 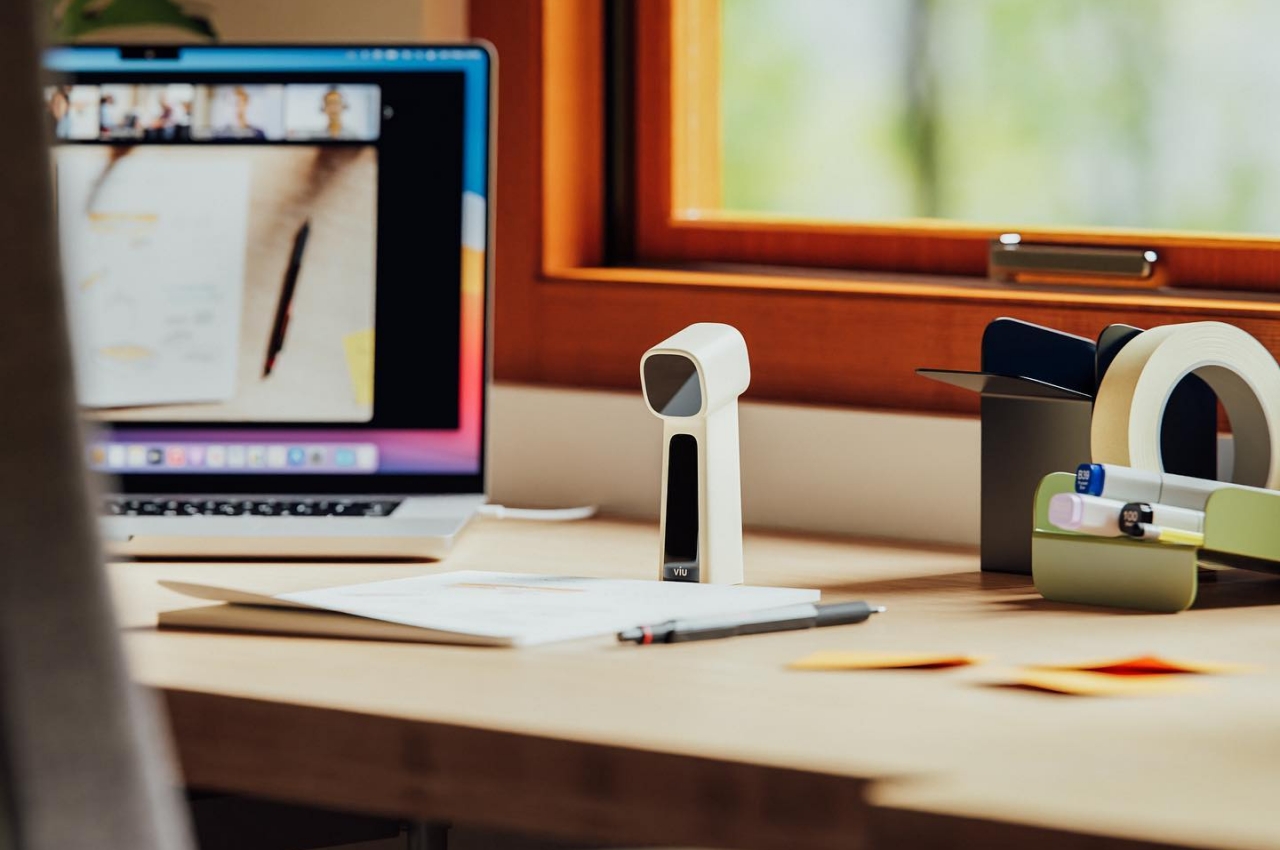 We can still type notes or even make diagrams on our computers, but that doesn’t always work for all scenarios. If you’re teaching students or demonstrating what you’ve learned in class, you often have to doodle something live. There may also be times when you need to view notes, pictures, or other items that have not yet been scanned. The latter usually involves awkwardly placing your laptop or photo in front of a high webcam, while the former sometimes requires rigging a contraption containing a camera or phone high up. 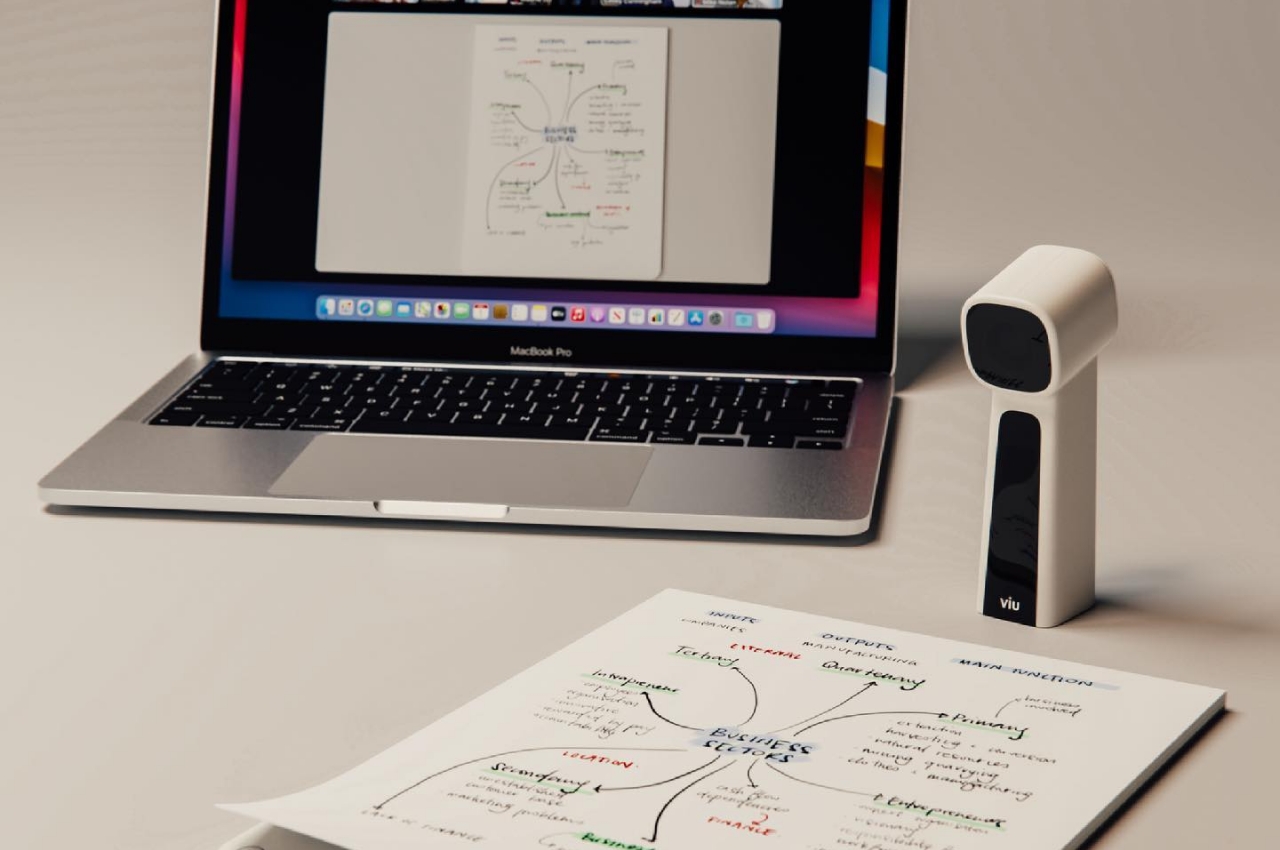 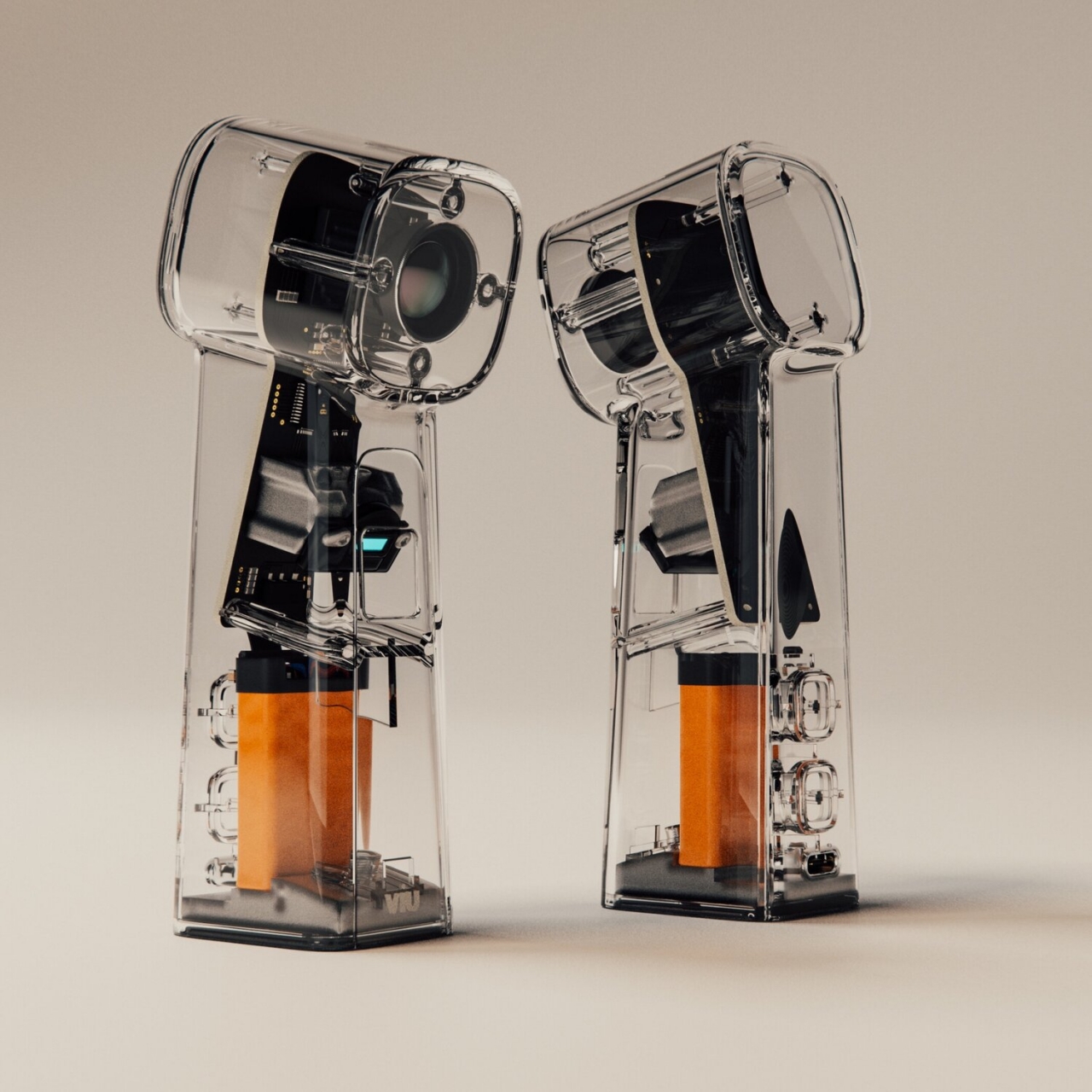 Viu offers a simpler solution that uses smart design principles with a bit of computer vision and computer wizardry. In a nutshell, it’s a webcam on a small stand whose lens faces down and sees anything you place on a flat surface in front of it. The algorithms straighten the images so that they appear as if they came from a downward-facing camera from a high level. We’ve seen this type of “document straightening” in many smartphone camera apps, so it’s truly amazing that no one has thought of it yet, let alone marketed the concept. 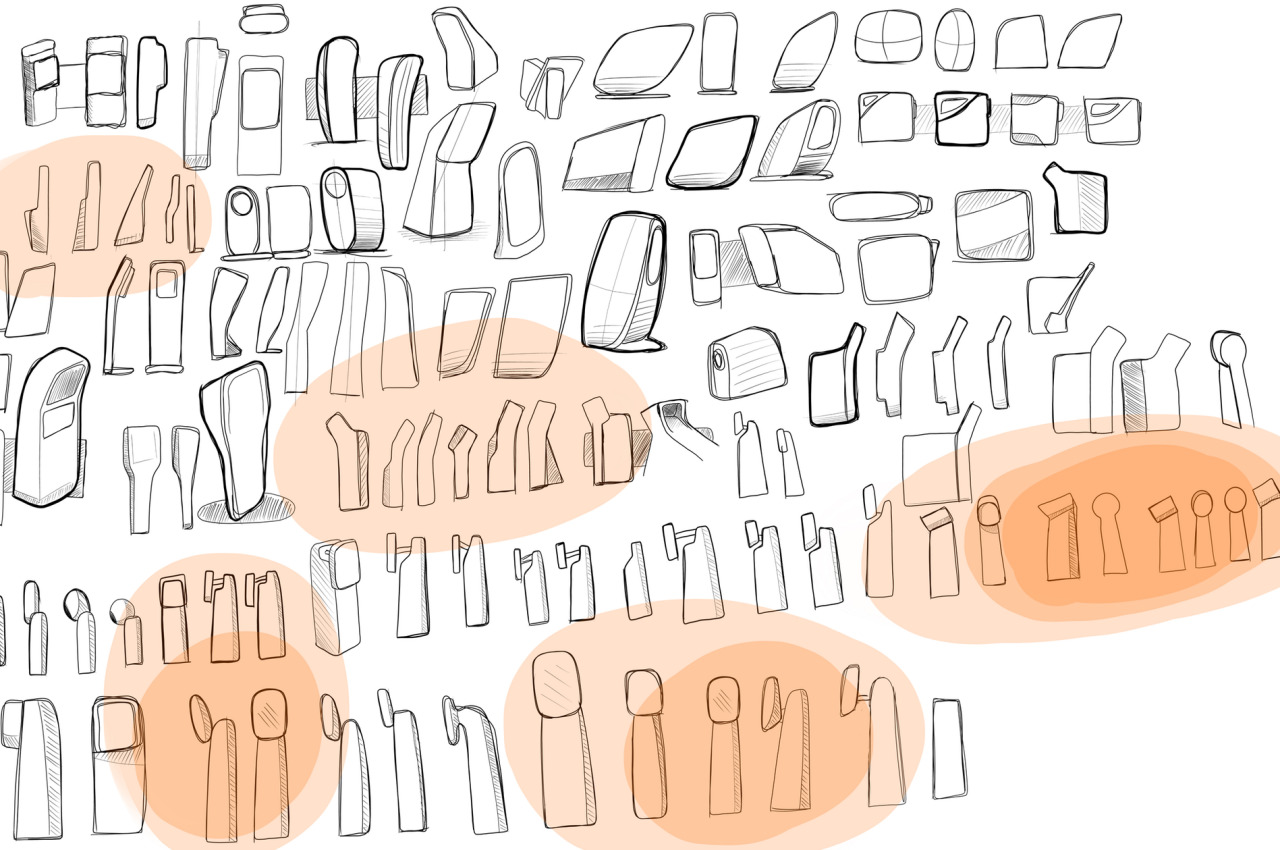 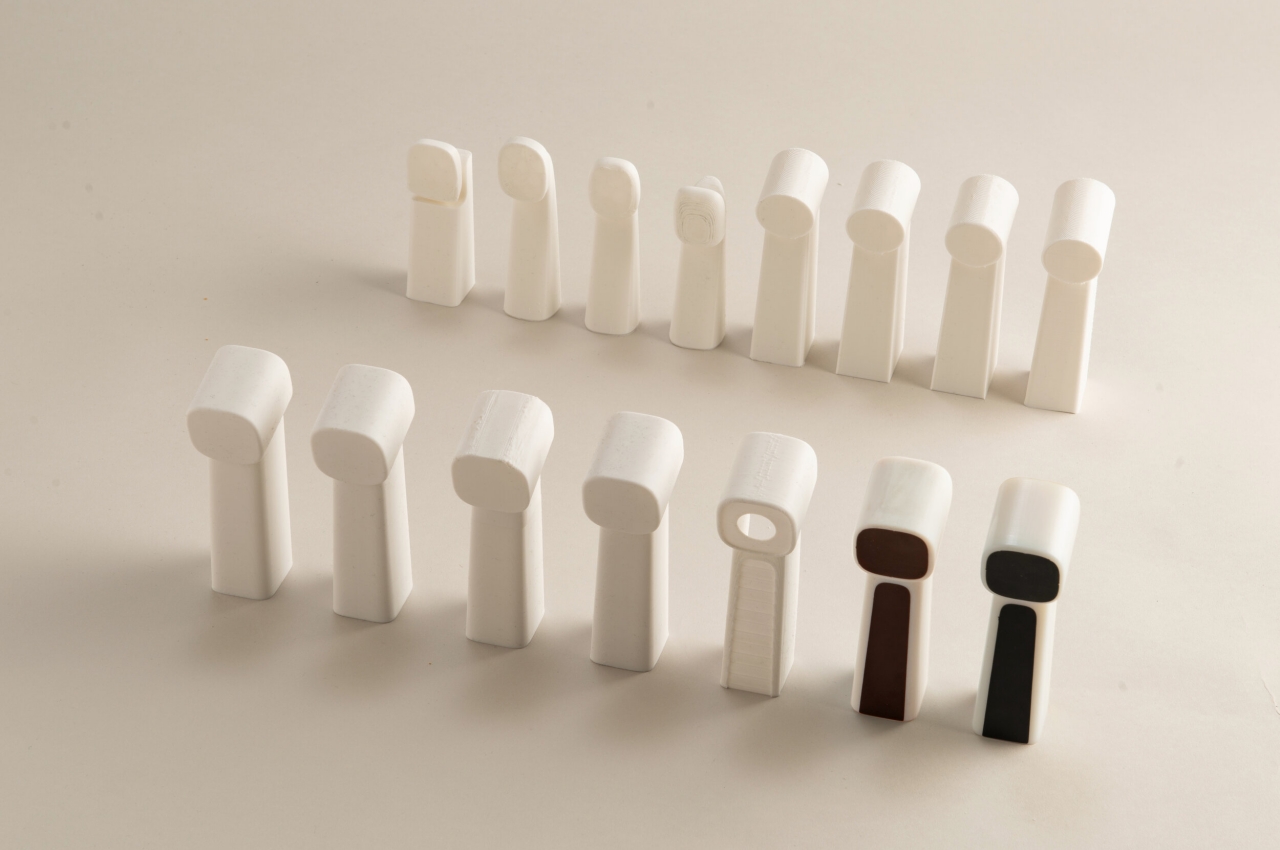 This webcam concept design also offers something beyond its technical merits. In terms of design, Viu is small and delightfully minimalist, so it fits almost any desktop theme or decor. It’s easy to use, with just two buttons for powering and taking a photo of a live video stream, and is small enough to fit in any nook or cranny. Its clean form doesn’t visually distract you from the task at hand, but a transparent version also exists to add some flavor to your desktop, if that’s your thing. 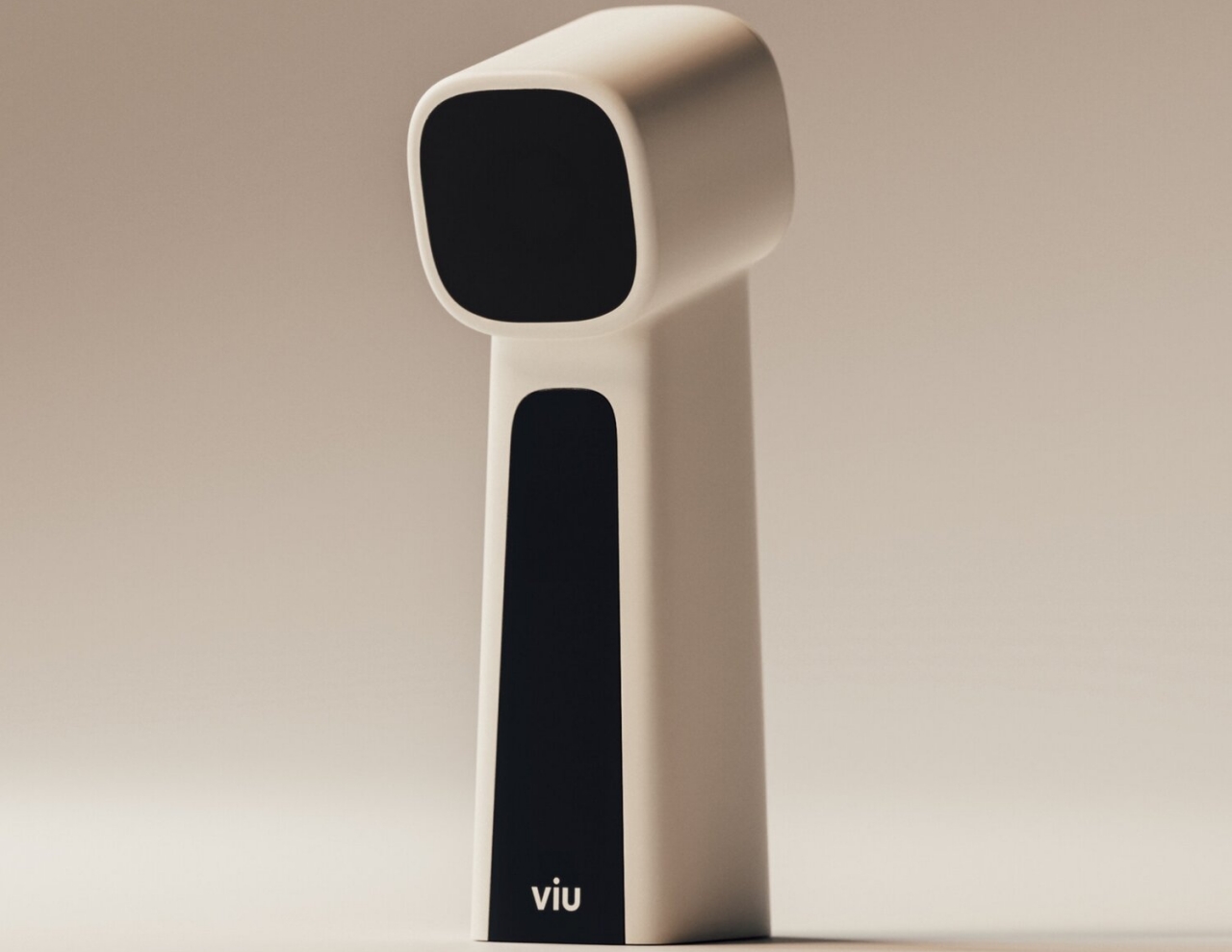 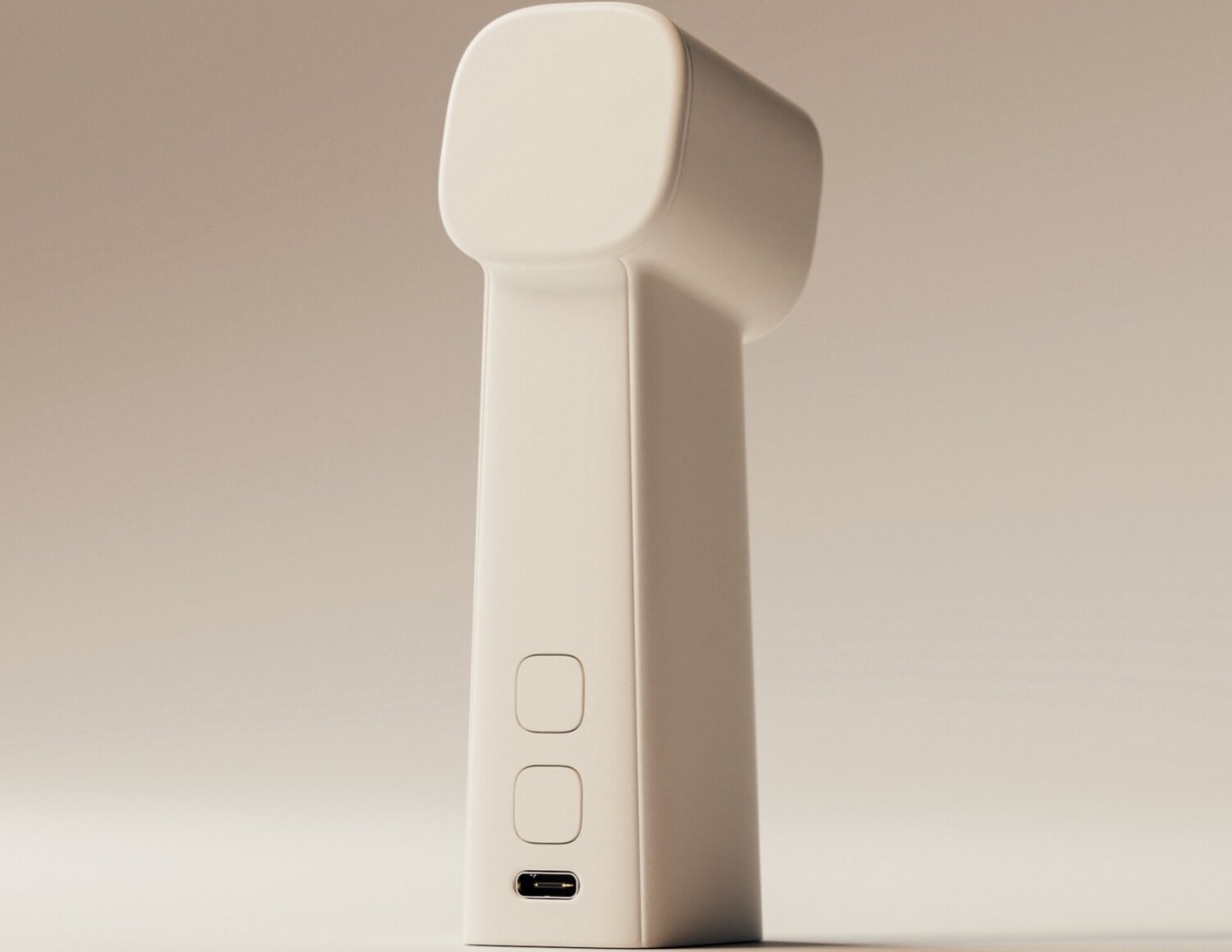 Viu’s simplicity extends to the way it’s built and laid out inside, with just two circuit boards covered by two outer pieces. Because it is simple to manufacture and assemble, the webcam reduces unnecessary components, manufacturing steps and costs. Despite and because of this minimalist aesthetic, the webcam can almost act as a decorative piece on your desk when not in use. 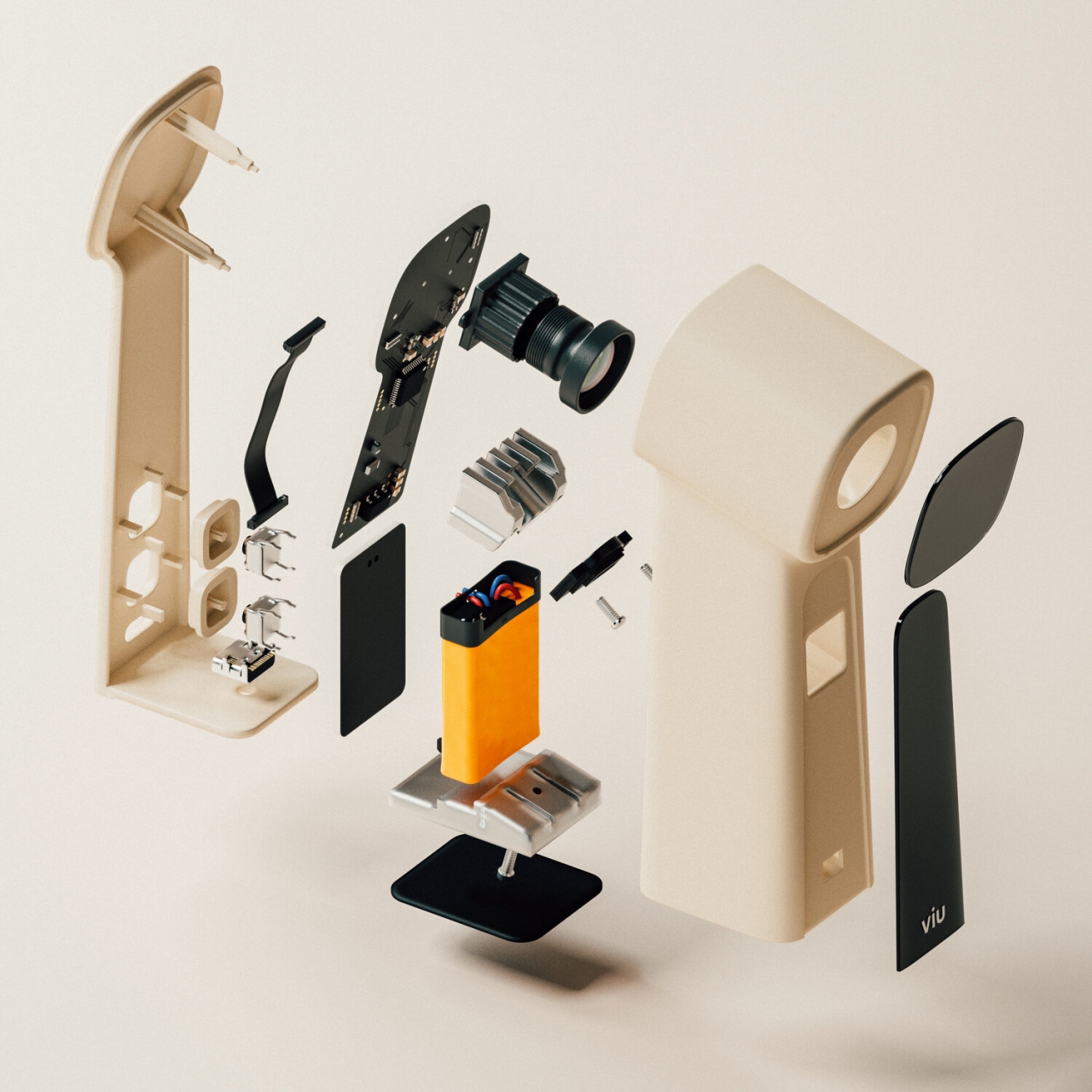 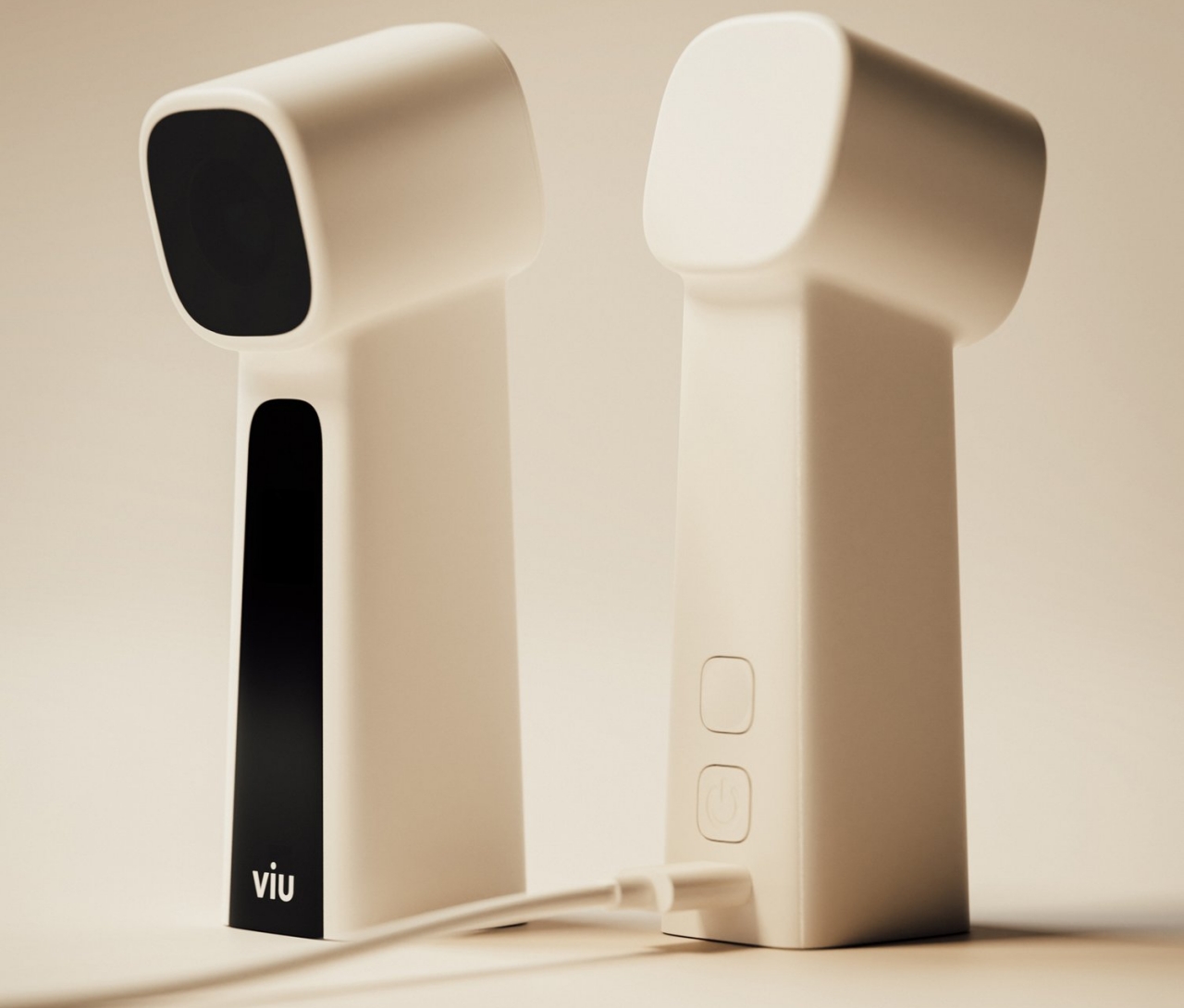 Like a lamp or a downward-facing robot, Viu’s design is simple yet distinctive, with an almost playful element. A neutral CMF and small footprint make it ideal for any office, whether busy or clean, filling a need that has gone unmet in the months and years after Zooms and Google Meets have become a part of the life and work of many people. 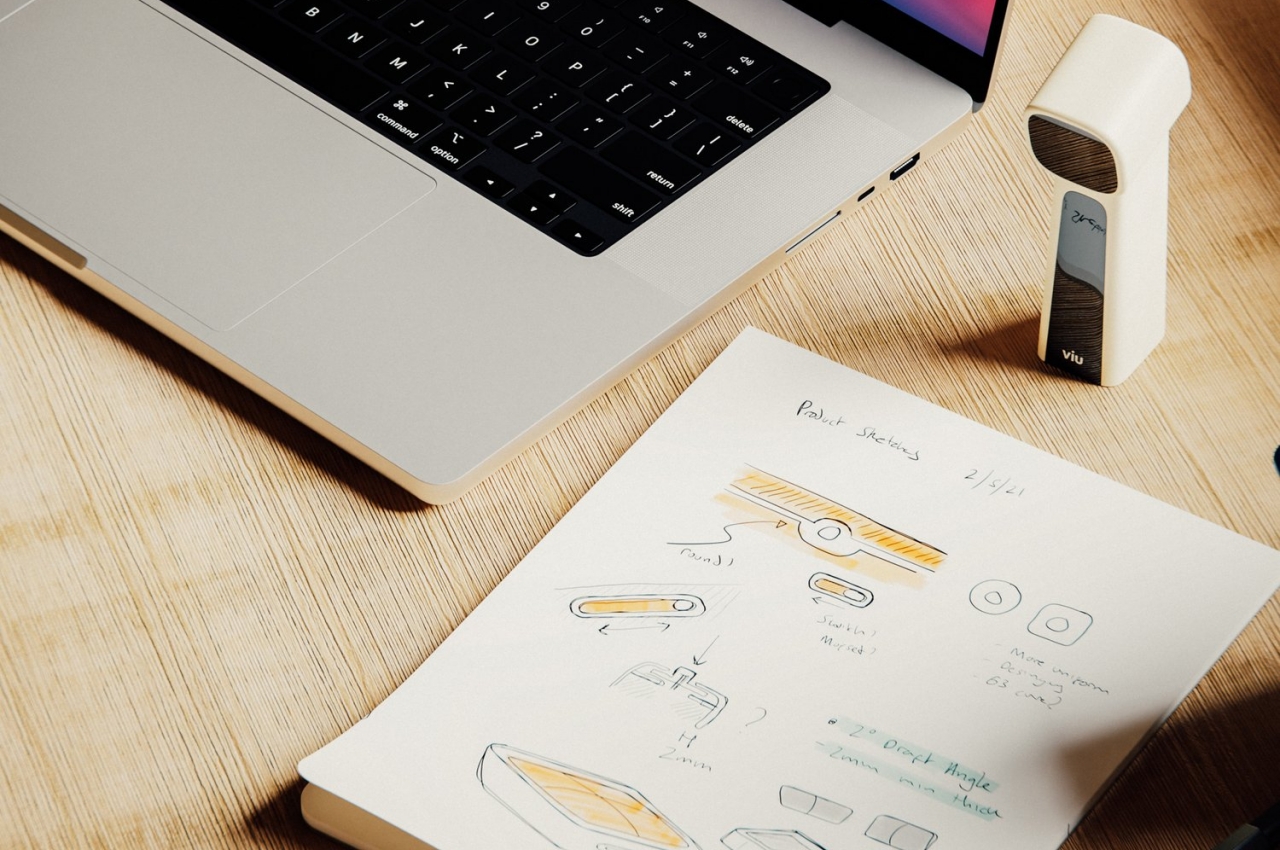 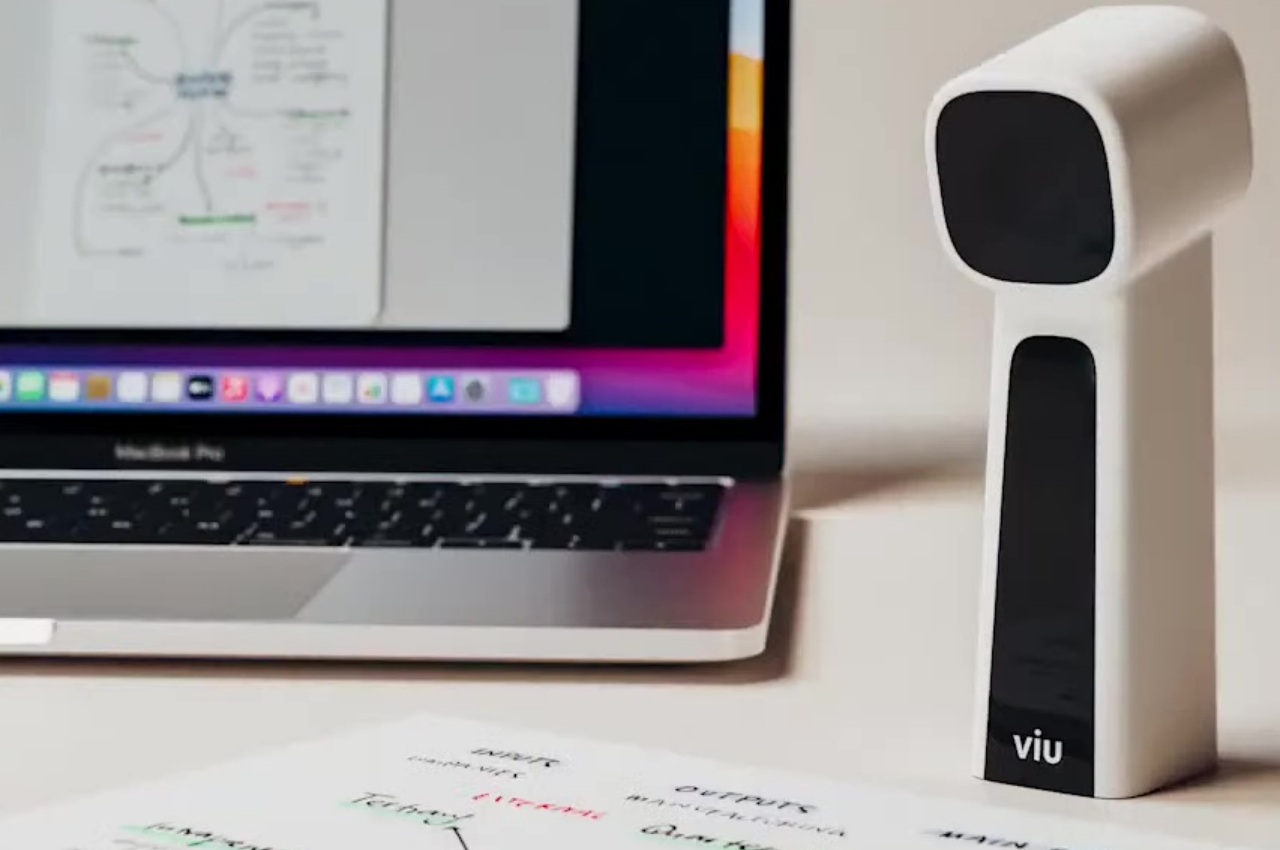 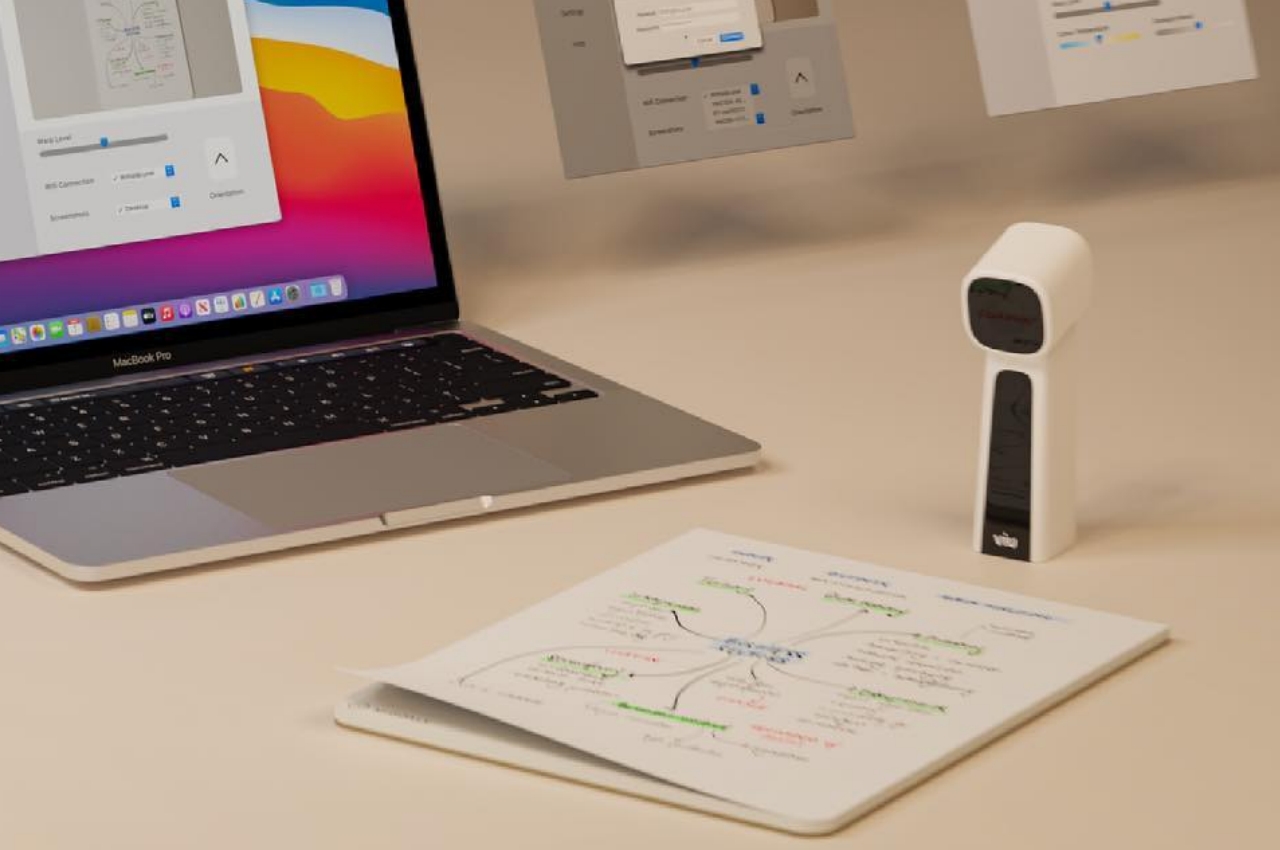